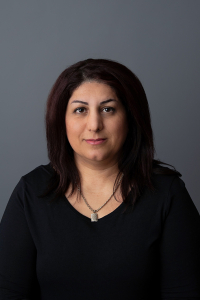 Back to Midwives Page

Tahereh graduated from York University in 2007, achieving a B.A in Psychology. She has practiced and lived in Cambridge since 2005 and has made it her home. She is a general registrant who has been trained through the International Midwifery Pre-registration Program. Following her registration she started her career as a new registrant in 2004 at St. Jacob Midwives. Since practicing in Canada, Tahereh has attended many different workshops and Courses including ALSO, ALARM, MoreOB, Breastfeeding, and more. Tahereh is an Emergency Skills instructor, and Neonatal Resuscitation instructor.